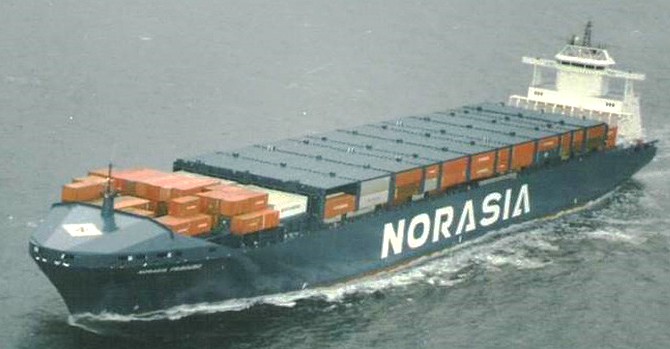 Developed as a Concept Design for Norasia Line, Switzerland, in total six vessels were built at HDW in Kiel, Germany. They were designed to offer minimal resistance to wind and waves, and were built without hatch covers to save weight and expenses. Instead, the containers on deck were protected by an enclosed forward mooring deck and by corrugated steel panels, which unfolded on top of the container stacks. The class – consisting of the Norasia Fribourg, Norasia Kiel, Norasia Singa, Norasia Shanghai and Norasia Hong Kong – was delivered between 1992 and 1994.