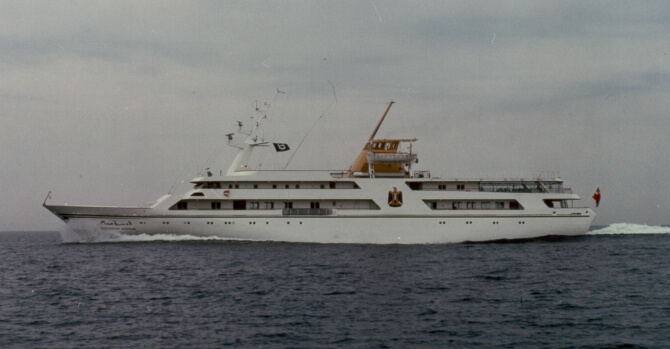 A smaller sistership to the M/Y Al Mansur at 82-metres, this Luxury Yacht was designed for the government of the Republic of Iraq (State Enterprise for Water Transportation). The Yacht was built by the former Elsinore Shipyard in Denmark and was delivered in 1981. She managed to escape the fate of the Al Mansur by fleeing to Jeddah, KSA for the duration of the war and is now believed to be in the Mediterranean.