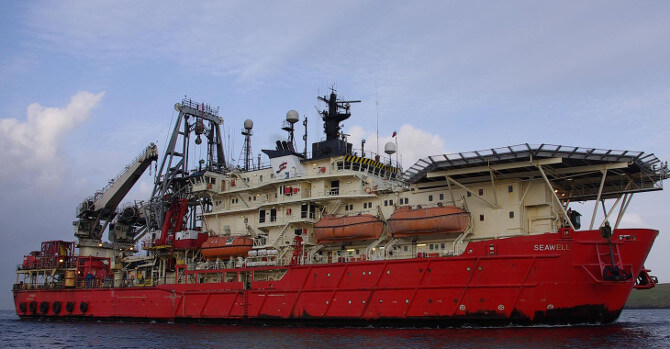 CSO Seawell and her sistership were designed for Stena Offshore, Sweden, and built at North East Shipbuilders in Sunderland, UK. Launched in 1987, the vessels were originally operated by Coflexip Stena Offshore in France, but the CSO Seawell is now owned by Helix Energy Solutions. Since 1987, the monohull CSO Seawell has served as a pioneer of the Light Well Intervention industry throughout the North Sea. Her unique design and multi-service capability significantly reduces intervention time and provides a cost-effective method of maintaining subsea well stock through well maintenance and production enhancement solutions. The vessel’s track record covers more than 650 wells, decommissioning over 150 live and suspended wells, including 5 subsea fields. CSO Seawell’s versatility is one of the biggest attractions for users of the vessel.

Since the delivery of the vessel, KNUD E. HANSEN has been involved in numerous refits and refurbishments.