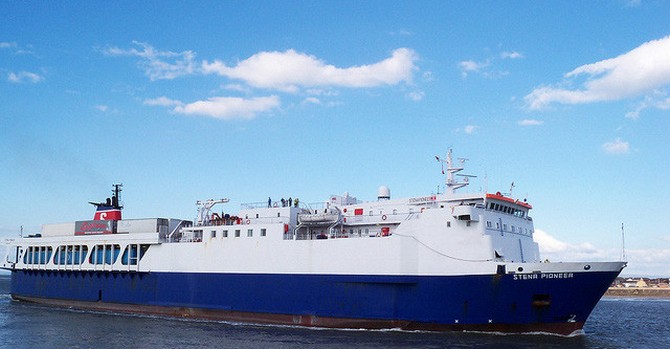 141-metres in length and weighing in at 5,800 dwt, the vessel, originally named Bison, was built and delivered by J.J. Sietas in 1975 to Stena Line. It was lengthened by 15 metres in 1982 and her sister vessel lengthened in 1987. The vessels were operated by P&O Ferries on the North Sea up until 2004, when they were sold to Stena Line and the Bison was renamed European Pioneer. In December 2010 she was laid up when the Fleetwood-Larne route was closed, and in June 2011 was sold to a Russian operator and renamed ANT 1.